Skunkhour - 1997 - Breathing Through My Eyes FLAC 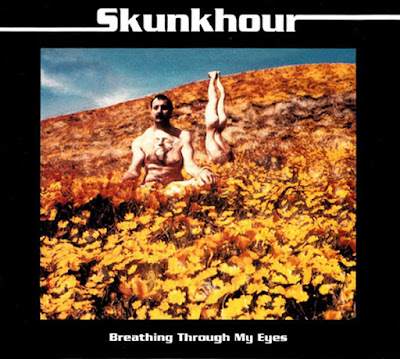 Skunkhour formed in 1991 as an urban funk group in Sydney, originally named Skunk, with the line-up of Warwick Scott on lead guitar, Dean Sutherland on bass guitar and his brother, Michael Sutherland on drums. They were named Skunk to evince a combined "sound of funk and ska, which are major influences".

In early 1992, the "Skunk" trio met Larkin brothers, Aya and Del, and thus the search for vocalists was complete. After a few gigs the Larkins joined the band—renamed Skunkhour after a 1958 poem of the same name by American Robert Lowell—with Aya on lead vocals and Del as a rapper. Their style reflected the members' diverse backgrounds: the Larkins had played in ska bands, Scott was influenced by funk and rock, the Sutherlands had played rock and jazz, while all five were influenced by reggae, 1970s funk and hip hop.

Email ThisBlogThis!Share to TwitterShare to FacebookShare to Pinterest
Labels: Skunkhour