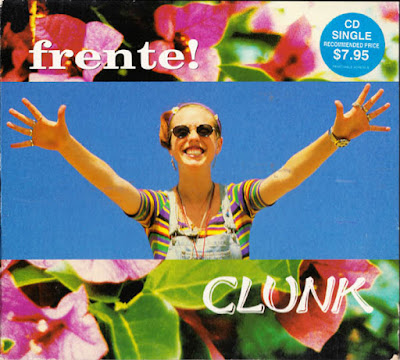 Clunk is the five-track, second extended play by Australian alternative rock group Frente!. It was released in March 1992 via the White Records imprint of Mushroom Records with Daniel Denholm producing. It peaked at No. 3 on the ARIA Singles Chart. Its lead track, "Ordinary Angels", won Breakthrough Artist - Single at ARIA Music Awards of 1993. That track also appeared on their debut album, Marvin the Album, in November and was released as a single in Europe and North America in 1993.  Thanks to Mustang.

Email ThisBlogThis!Share to TwitterShare to FacebookShare to Pinterest
Labels: Frente!