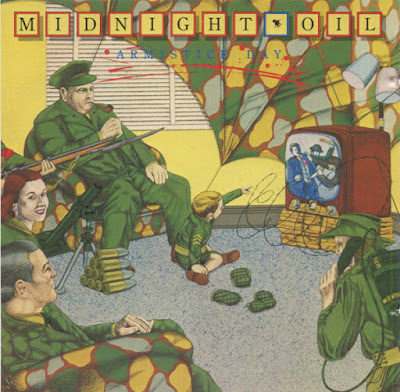 Midnight Oil began under the name Farm in 1972, establishing their own record label 'Powderworks' in 1977. They released their debut self-titled album Midnight Oil in 1978 along with their first single "Run by Night". Their first three albums charted in the top 50 of the Australian Kent Music Report; in Australia, Head Injuries was certified gold and Place without a Postcard was certified platinum."Armistice Day"the second single of the Place Without A Postcard album reached #31 on the Australian charts. Thanks to Sunny.