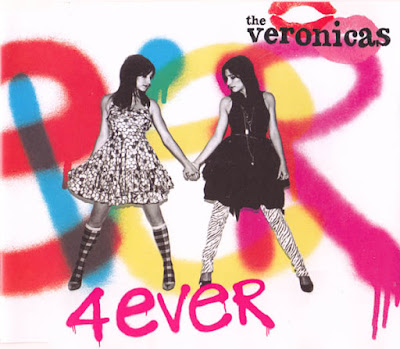 "4ever" is a song written and produced by Max Martin and Lukasz Gottwald for The Veronicas' debut studio album The Secret Life Of... (2005). It was released as the album's first single in Australia on 15 August 2005, as a CD single. The song reached number two on the ARIA Charts and number seven in New Zealand. In the United States, the single was promoted early in 2006 by Archie Comics through a mention in issue #167 of the group's namesake Veronica comic, which featured a guest appearance and cover picture of The Veronicas and a card containing a code that could be used to download an MP3 version of the song for free.

"4ever" was released as The Veronicas' second UK single in late Summer 2009. The track was included on the UK version of the album Hook Me Up which was released shortly afterwards. The song debuted on the UK singles chart at number 197 on 28 September 2009, and moved up one hundred and eighty places to a new peak of 17 the following week. It was re-released in the US as the third single from Hook Me Up. The band re-recorded the vocals for the re-release of the single in the US and the release of the single in the UK. The new vocals are also used in the 2009 music video for the song.

Email ThisBlogThis!Share to TwitterShare to FacebookShare to Pinterest
Labels: Veronicas